Nobody asks to fall in love yet is seems to be a natural phenomena. Sometimes having feelings for someone can be controlled, that is if your that kind of person that does things that are written by the book. Yet the worst kind of love is that of which is forbidden. There are many opinions as to what is right and what is down right wrong. Here are a few examples. See how you feel about any of the forms of love that are listed.

In most instances relationships hopefully start out with the thought of becoming long term but where forbidden love or any love is concerned what if it goes wrong?

1. You or the other person has involvement

This means that either is attached to a spouse or an intimate friend and allows someone else to become a part of the team of two, "a menage a tois" only one of the suspecting party is unaware that someone else has joined the team.

This seems to be common practice in today's 2017, but most people do not like to share unless you are part of a harem. For men it may be a thrill and there are some women out there that are up for being a tin of quality street, however the majority would forego sharing their mate in any instance.

This is a romantic feeling for a close member of ones family. it has been noted that this sort of union is not uncommon, was not Abraham and Sarah brother and sister. However it is still a type of love that is Taboo and swept under a very dark carpet. Regardless of it being locked away this kind of love is still present in our present day society.

This form of love is no longer taboo and a high majority of males and females have tested the waters to see if they were up for settling down with a member of the same sex.

4. Love of a step sibling

Is it right or is it wrong? If your parents were not involved with each other and you met on the plains of the Serengeti there would not be an issue with being a Step brother or sister. As there are no blood ties it is a matter of conscious that will have to be evaluated.

5. Love in the workplace

Not an uncommon practice and there have been many an office romance leading to marriage, however there can be definite drawbacks to dating in the office. Things can get very sticky if your sleeping with your boss and they are married or just sleeping with your boss colleagues etc. You have to weigh up the odds as to the repercussions if the relationship fails and you have to continue working in the same environment as your ex.

6. Love on your doorstep

Nobody defecates on their own doorstep this would be folly unless you are looking for something longterm and durable. Again if the relationship is sustained then everybody wins in all areas but there is nothing worse than a neighbour that does not like you. Slashed tyres and broken windows is not a good look.

7. Love of a professional

This is like going out with your doctor or dentist Great getting free treatment. It is always better to keep a professionalism about clients and coming out of that professional zone could be seen as stepping over a boundary and taking advantage of a vulnerable person, nevertheless all adults have the right to consent or not.

8. Love of an older person

We have seen the Hugh Hefners of this world a man with money and status. But this form of love continues to flourish in our world. In some cultures old men take young girls as brides and in the western world young women like old men. It is down to the individual regarding their taste but old men taking young girls before their prime and putting it down to tradition, In my opinion is a sad situation.

9. Love of a different religion

It has been preached from the pulpit in christianity that church members must not become unevenly yoked with unbelievers and to marry only in the lord. meaning that members are not to marry non members. It is the same across the board in most religions. my question is that if you are a religious person is marriage not an institution of God? He is the one that instigated it when there was no such thing as religion.

Put that one on the back burner and think about it.

10. Someone who has a different culture

Is marrying outside of your race a wrong thing? In todays world we see all cultures mixing and having offspring, yet in parts of the world it is still frowned upon to have interracial relationships. Again my opinion is that consenting Adults are the ones to make their own decisions. You can not always help who you are going to fall in love with.

Where teachers are going into the teaching profession younger and younger, the age gap has become smaller between teacher and student. This being said a teacher should know better than to get involved with their students especially as it puts them in the firing line of having relations with someone who is not at the age of consent.

Why risk life love and liberty and fall for an inmate. It happens and this is a big boundary to overstep. You could ask is it for love or is it for what each person can get? There are many reasons why this kind of relationship may happen yet sometimes it is because its purely forbidden. The thrill is the bait that entraps and in the end leads to corruption.

This situation is a real no no. There are women and men out there that will have had a secret longing for their friends partner, and once they become available (friend breaks up with said partner) are willing to go out with, and partner up with their friends left overs. If this does happen know that your friend really was not your friend to begin with.

This can make or break a friendship, just know that if you are going to step over the fence and confess your undying love for your friend that you are willing to suffer the consequences. Some friends may accept the union and for others this will end a perfect friendship.

We remember scarface right and when he found out that his best friend was sleeping with his sister it was all over. Is it alright to develop feelings for your brothers or sisters homey? It may all turn out beautiful and if this love is ventured the best thing to do would be tell your sibling. They may accept the fact.

With all of the ideas of forbidden love some subjects more taboo than others, there is a common thread that runs through all of them Forbidden and love. It has been pointed out that you can not help who you fall in love with but in some areas caution is needed. However if you are willing to step over boundaries there will always be consequences some more catastrophic than others. 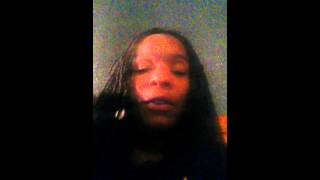 6 Ways to love yourself

Remember who you are.

Do you carry emotional baggage ?

Freindship How do you know that you have the genuine article?

Now You Can Blog from Everywhere!

What is your goal and your purpose?

Listen to the inner voice